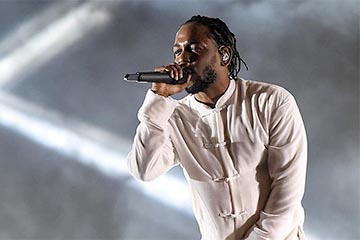 Kendrick Lamar is performing at the Barclays Center in Brooklyn, New York on Saturday, August 6, 2022 at 7:30 PM.

Kendrick Lamar is an American rapper, songwriter, and record producer. He is often cited as one of the most influential rappers of his generation. Aside from his solo career, he is also a member of the hip hop supergroup Black Hippy alongside his former Top Dawg Entertainment (TDE) labelmates Ab-Soul, Jay Rock, and Schoolboy Q.