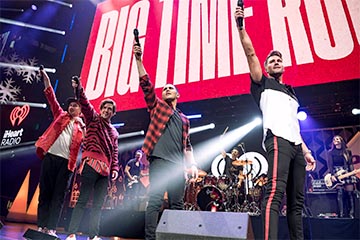 Big Time Rush is an American musical comedy television series that originally aired on Nickelodeon from November 28, 2009, until July 25, 2013. It was created by Scott Fellows. It focuses on the Hollywood misadventures of four hockey players from Duluth, Minnesota, Kendall Knight, James Diamond, Carlos Garcia, and Logan Mitchell, after they are selected to form a boy band by fictional mega music producer Gustavo Rocque.